The movement is usually more pronounced for stocks.  When it comes to rates, however–especially mortgage rates–recent volatility is taking place at a microscopic level compared to recent months.  This could continue to be the case until we get a much clearer sense of how the pandemic will likely evolve in the context of our attempts to reopen the domestic economy.

Until that happens, of all the places to be flying in a relative holding pattern, this is as good as it gets for mortgage rates.  When coronavirus first hit the bond market, it was US Treasuries that responded most convincingly.  Mortgage rates weren’t able to keep pace and that turns out to have been a good thing in hindsight.

Because mortgages lagged Treasuries (the 10yr Treasury yield is the customary point of comparison), they’ve been more capable of moving lower on the good days and less susceptible to moving higher on the bad days.  The net effect is a string of ever-lower all-time lows. 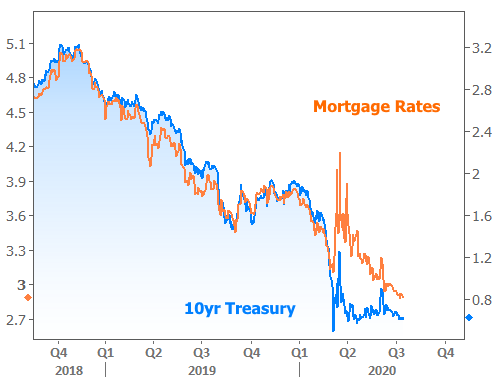 No… really… this isn’t just a term that’s being thrown around interchangeably with “really low rates.”  The average lender is now able to offer conventional 30yr fixed rates in the high 2% range for the best scenarios.

That means some homeowners are in a position to benefit from a refinance even if they already refinanced in the past year.

But isn’t it a lot of work to refi again?

While some scenarios are more complicated than others, on average, loan applications are seeing an unprecedented amount of appraisal waivers.  The industry has worked quickly to adapt to new realities and in many cases, that has made things easier for borrowers.

But aren’t there a lot of costs that I’ll have to pay that I just paid the last time I refinanced?

Not necessarily.  There are different kinds of closing costs.  In general, you can ignore “stuff you would have paid anyway” like taxes, insurance, and prepaid interest.  You won’t get hit for those twice.

There’s a good chance the lender can pay for a most or all of the other fees like title, escrow, origination, appraisal, etc.  Either way, borrowers should consider how long it will take to break even on the refinance by dividing those new hard costs (if any) by the monthly payment savings.

But what if haven’t refinanced recently and don’t have as many years left on this mortgage.

You’ll need to do some math here, but generally speaking, if you continue making the same payment but with a new lower interest rate, you might find your home will be paid off sooner with the new loan.

The current low rate environment is like nothing we’ve ever seen before.  It’s easy to tune out the constant advertisements and news stories about “all-time low rates,” but this time around, the refinance process is very much worth investigating right now.

Housing-related economic reports from the past week: 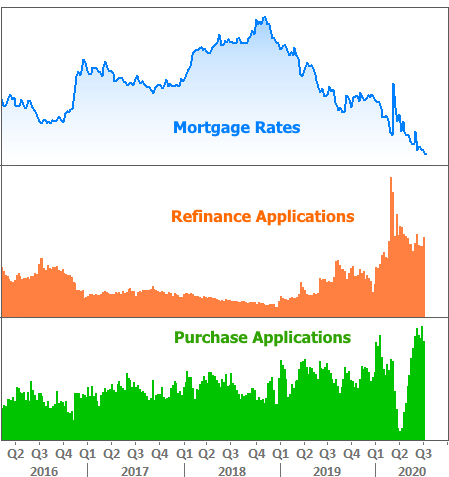 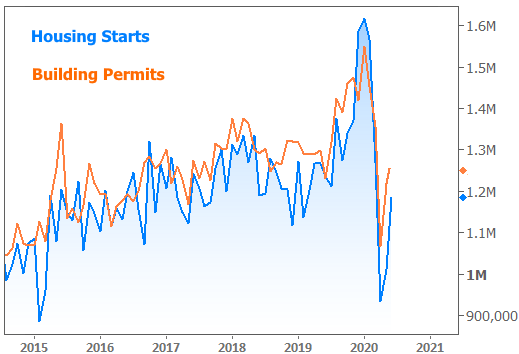 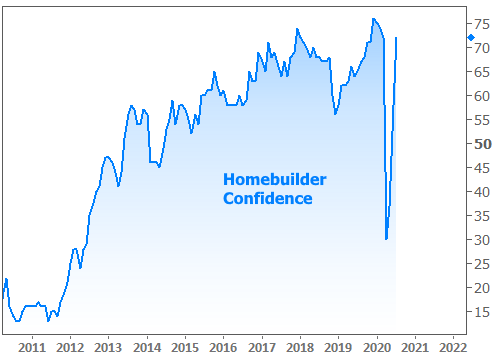 It should no longer come as a surprise that the pandemic continues to create never-before-seen circumstances in all corners of society. Here in the housing and mortgage markets, one of the first major manifestations of the crisis was a quick move to incredibly low...